swift-composable-architecture - A library for building applications in a consistent and understandable way, with composition, testing, and ergonomics in mind.

The Composable Architecture (TCA, for short) is a library for building applications in a consistent and understandable way, with composition, testing, and ergonomics in mind. It can be used in SwiftUI, UIKit, and more, and on any Apple platform (iOS, macOS, tvOS, and watchOS).

What is the Composable Architecture?

This library provides a few core tools that can be used to build applications of varying purpose and complexity. It provides compelling stories that you can follow to solve many problems you encounter day-to-day when building applications, such as:

The Composable Architecture was designed over the course of many episodes on Point-Free, a video series exploring functional programming and the Swift language, hosted by Brandon Williams and Stephen Celis.

You can watch all of the episodes here, as well as a dedicated, multipart tour of the architecture from scratch. 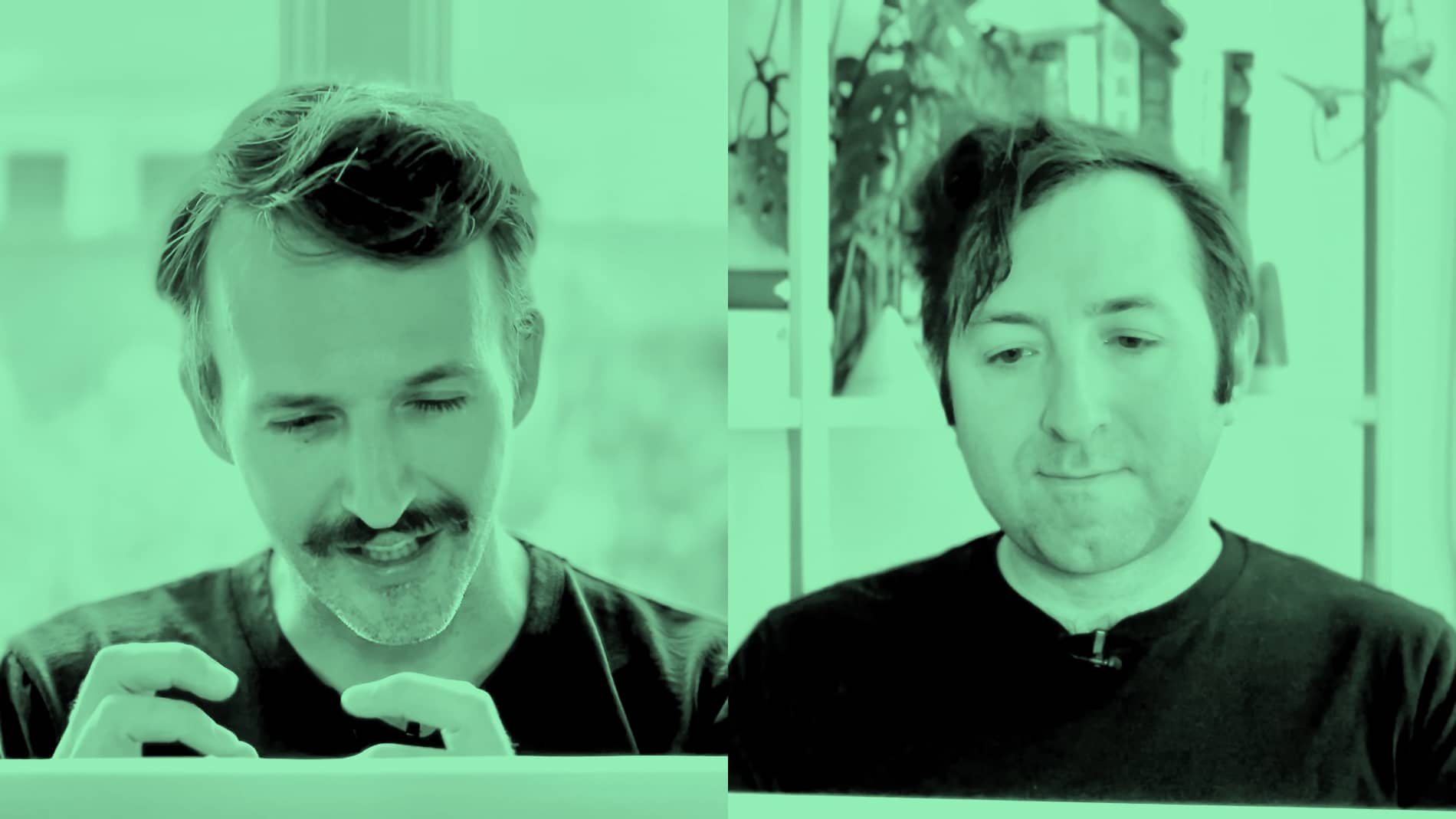 This repo comes with lots of examples to demonstrate how to solve common and complex problems with the Composable Architecture. Check out this directory to see them all, including:

Looking for something more substantial? Check out the source code for isowords, an iOS word search game built in SwiftUI and the Composable Architecture.

To build a feature using the Composable Architecture you define some types and values that model your domain:

The benefits of doing this are that you will instantly unlock testability of your feature, and you will be able to break large, complex features into smaller domains that can be glued together.

As a basic example, consider a UI that shows a number along with "+" and "−" buttons that increment and decrement the number. To make things interesting, suppose there is also a button that when tapped makes an API request to fetch a random fact about that number and then displays the fact in an alert.

To implement this feature we create a new type that will house the domain and behavior of the feature by conforming to ReducerProtocol:

In here we need to define a type for the feature's state, which consists of an integer for the current count, as well as an optional string that represents the title of the alert we want to show (optional because nil represents not showing an alert):

We also need to define a type for the feature's actions. There are the obvious actions, such as tapping the decrement button, increment button, or fact button. But there are also some slightly non-obvious ones, such as the action of the user dismissing the alert, and the action that occurs when we receive a response from the fact API request:

And then we implement the reduce method which is responsible for handling the actual logic and behavior for the feature. It describes how to change the current state to the next state, and describes what effects need to be executed. Some actions don't need to execute effects, and they can return .none to represent that:

And then finally we define the view that displays the feature. It holds onto a StoreOf<Feature> so that it can observe all changes to the state and re-render, and we can send all user actions to the store so that state changes. We must also introduce a struct wrapper around the fact alert to make it Identifiable, which the .alert view modifier requires:

It is also straightforward to have a UIKit controller driven off of this store. You subscribe to the store in viewDidLoad in order to update the UI and show alerts. The code is a bit longer than the SwiftUI version, so we have collapsed it here:

Once we are ready to display this view, for example in the app's entry point, we can construct a store. This can be done by specifying the initial state to start the application in, as well as the reducer that will power the application:

And that is enough to get something on the screen to play around with. It's definitely a few more steps than if you were to do this in a vanilla SwiftUI way, but there are a few benefits. It gives us a consistent manner to apply state mutations, instead of scattering logic in some observable objects and in various action closures of UI components. It also gives us a concise way of expressing side effects. And we can immediately test this logic, including the effects, without doing much additional work.

To test use a TestStore, which can be created with the same information as the Store, but it does extra work to allow you to assert how your feature evolves as actions are sent:

Once the test store is created we can use it to make an assertion of an entire user flow of steps. Each step of the way we need to prove that state changed how we expect. For example, we can simulate the user flow of tapping on the increment and decrement buttons:

Further, if a step causes an effect to be executed, which feeds data back into the store, we must assert on that. For example, if we simulate the user tapping on the fact button we expect to receive a fact response back with the fact, which then causes the alert to show:

However, how do we know what fact is going to be sent back to us?

Currently our reducer is using an effect that reaches out into the real world to hit an API server, and that means we have no way to control its behavior. We are at the whims of our internet connectivity and the availability of the API server in order to write this test.

It would be better for this dependency to be passed to the reducer so that we can use a live dependency when running the application on a device, but use a mocked dependency for tests. We can do this by adding a property to the Feature reducer:

Then we can use it in the reduce implementation:

And in the entry point of the application we can provide a version of the dependency that actually interacts with the real world API server:

But in tests we can use a mock dependency that immediately returns a deterministic, predictable fact:

With that little bit of upfront work we can finish the test by simulating the user tapping on the fact button, receiving the response from the dependency to trigger the alert, and then dismissing the alert:

We can also improve the ergonomics of using the numberFact dependency in our application. Over time the application may evolve into many features, and some of those features may also want access to numberFact, and explicitly passing it through all layers can get annoying. There is a process you can follow to “register” dependencies with the library, making them instantly available to any layer in the application.

We can start by wrapping the number fact functionality in a new type:

And then registering that type with the dependency management system by conforming the client to the DependencyKey protocol, which requires you to specify the live value to use when running the application in simulators or devices:

With that little bit of upfront work done you can instantly start making use of the dependency in any feature:

This means the entry point to the application no longer needs to construct dependencies:

And the test store can be constructed without specifying any dependencies, but you can still override any dependency you need to for the purpose of the test:

That is the basics of building and testing a feature in the Composable Architecture. There are a lot more things to be explored, such as composition, modularity, adaptability, and complex effects. The Examples directory has a bunch of projects to explore to see more advanced usages.

The documentation for releases and main are available here:


There are a number of articles in the documentation that you may find helpful as you become more comfortable with the library:

You can add ComposableArchitecture to an Xcode project by adding it as a package dependency.

If you want to discuss the Composable Architecture or have a question about how to use it to solve a particular problem, you can start a topic in the discussions tab of this repo, or ask around on its Swift forum.

The following translations of this README have been contributed by members of the community:

If you'd like to contribute a translation, please open a PR with a link to a Gist!

The following people gave feedback on the library at its early stages and helped make the library what it is today:

Special thanks to Chris Liscio who helped us work through many strange SwiftUI quirks and helped refine the final API.

And thanks to Shai Mishali and the CombineCommunity project, from which we took their implementation of Publishers.Create, which we use in Effect to help bridge delegate and callback-based APIs, making it much easier to interface with 3rd party frameworks.

The Composable Architecture was built on a foundation of ideas started by other libraries, in particular Elm and Redux.

There are also many architecture libraries in the Swift and iOS community. Each one of these has their own set of priorities and trade-offs that differ from the Composable Architecture.

This library is released under the MIT license. See LICENSE for details. 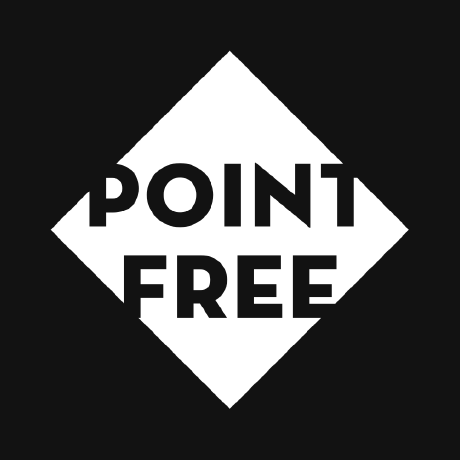